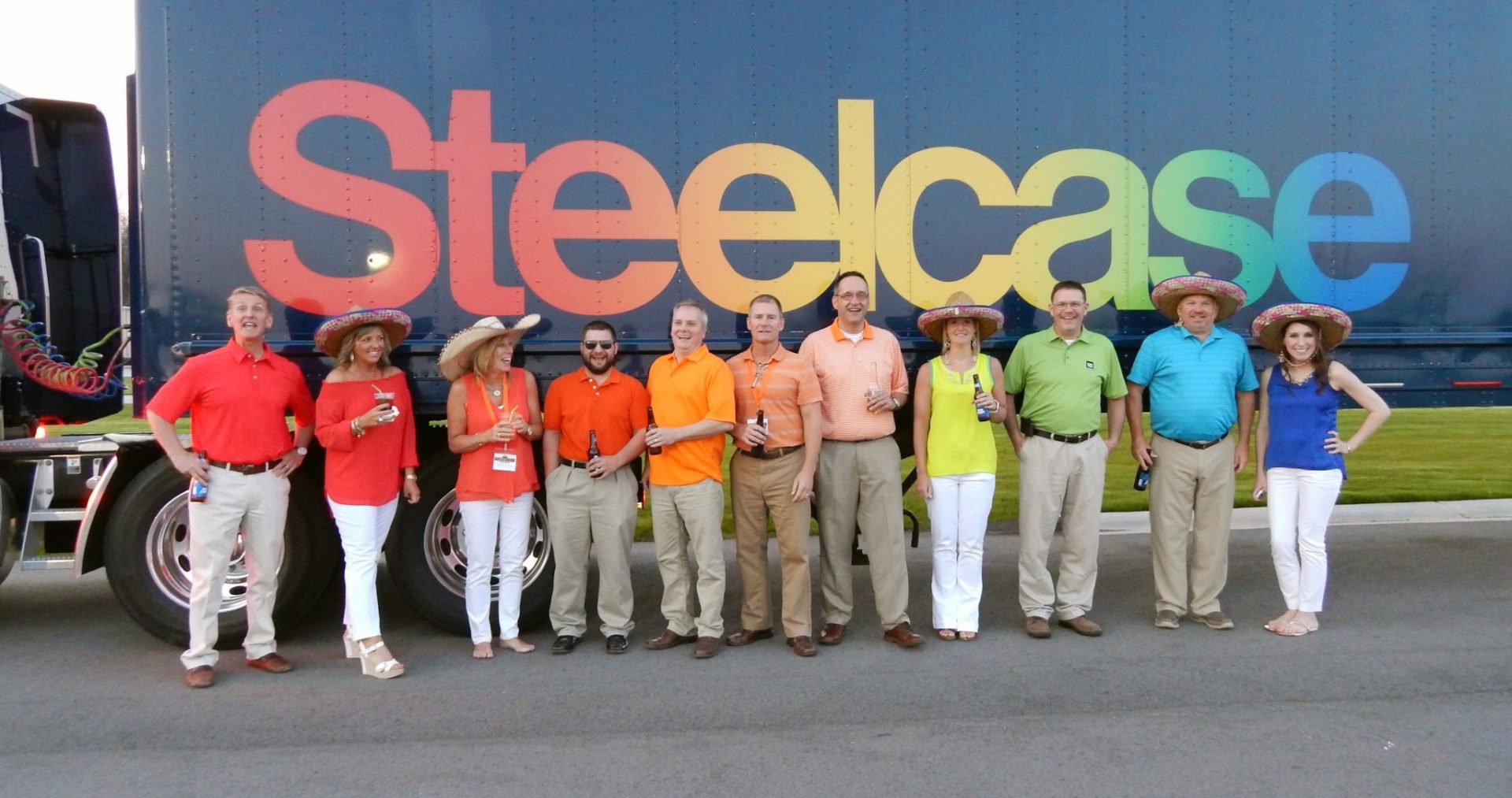 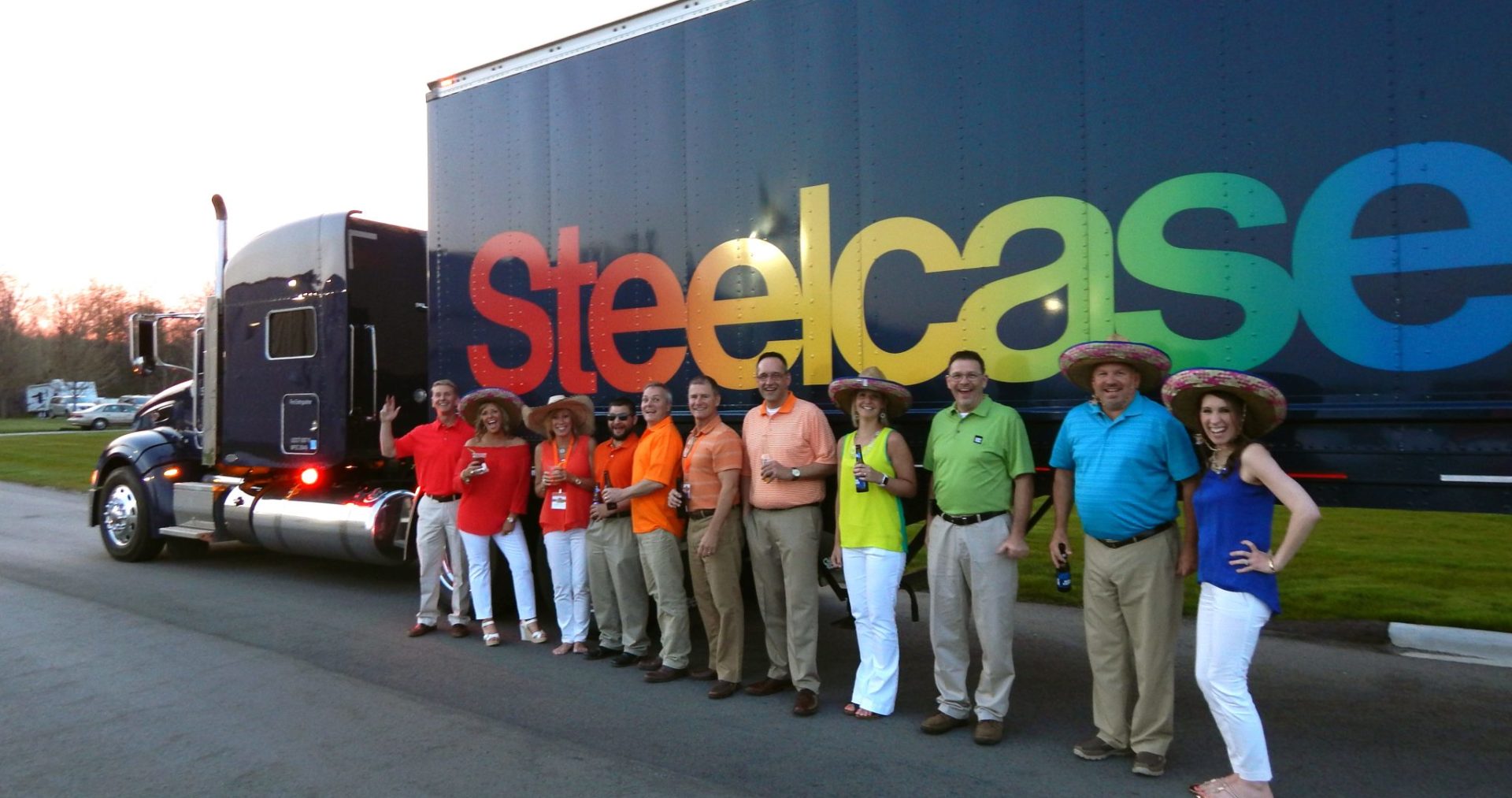 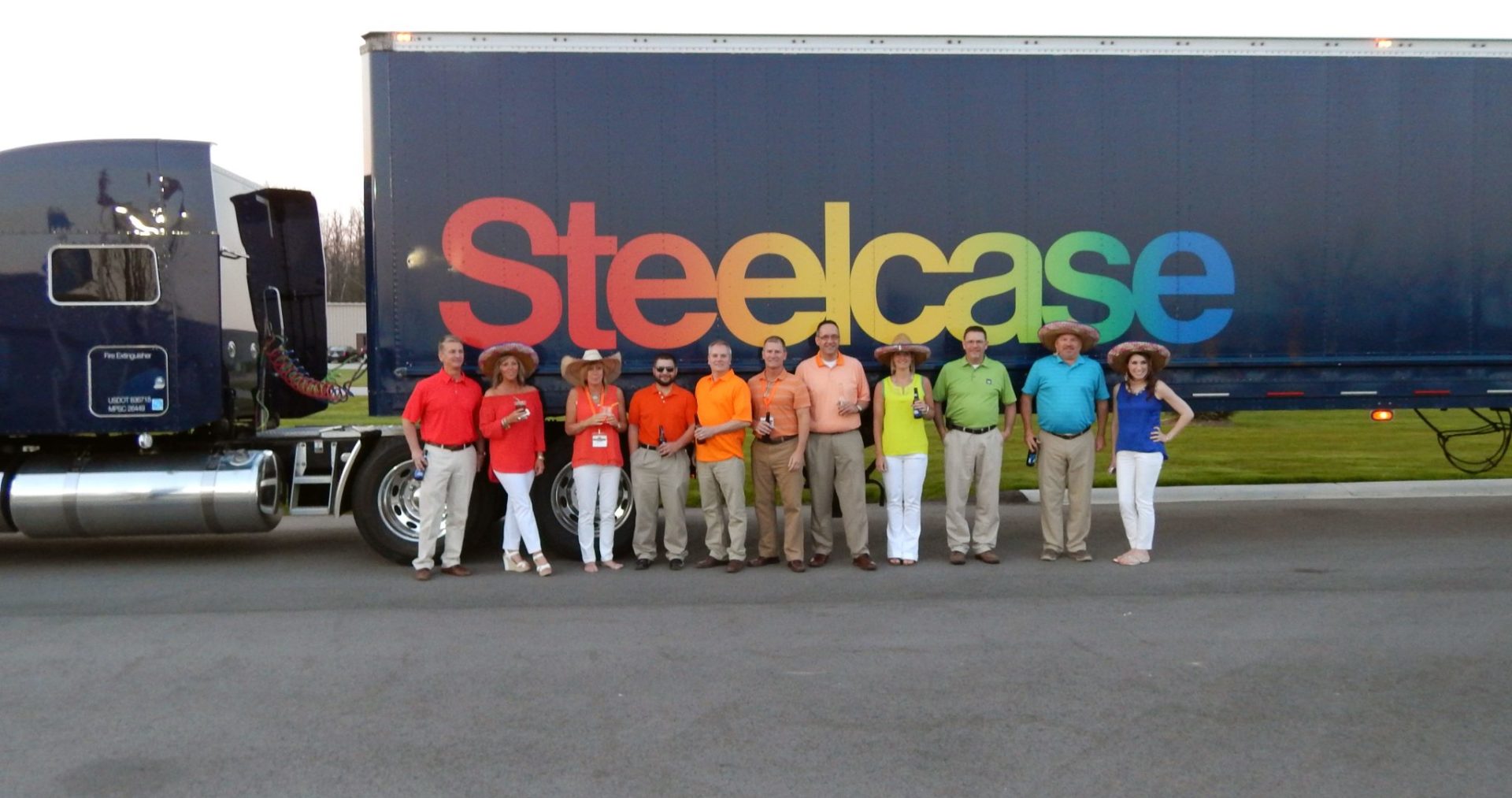 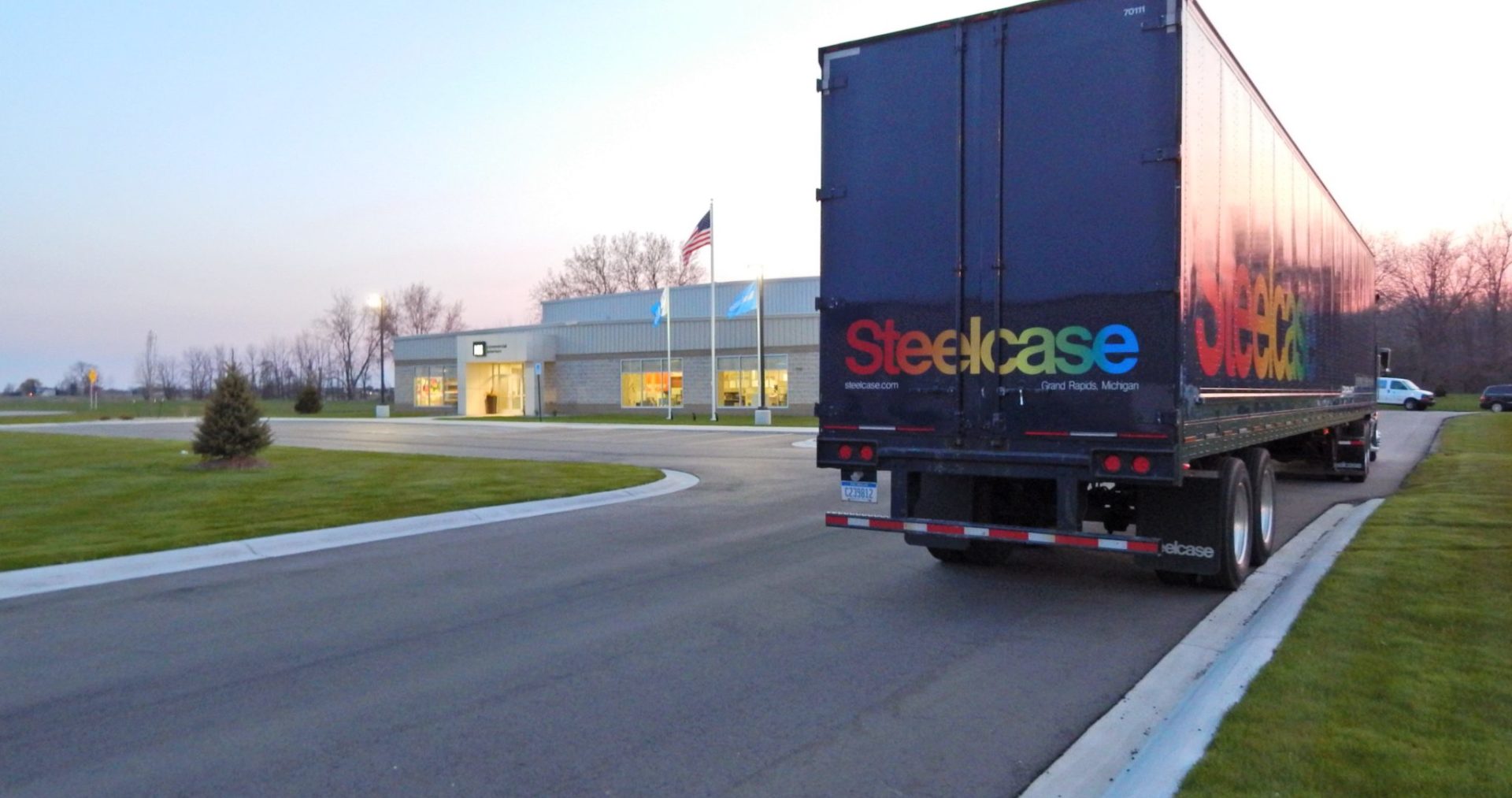 Steelcase: It’s In Our Blood

You might think that the above photo was completely staged.  You might even think that it took a lot of planning and coordination, but the truth is actually much simpler.

On May 5th, 2016, we hosted an Open House at our beautiful new Bay City office.  It was a long day of setup and preparation, eating and drinking, and entertaining and touring clients throughout the showroom!

Just as it was beginning to get dark outside, a big familiar blue truck unexpectedly pulls into our parking lot.  Without missing a beat, everyone yells, “Tim (our warehouse manager), a Steelcase truck is here for you, go out back and unload it!”  Never mind that it’s 8:30PM at night!!  Three people from NBS immediately ran outside to greet the Steelcase driver and offer him something to eat.  A minute later, I decided to go out too.

As I was walking to the truck, I noticed that something looked a little “off”.  The three people from NBS were standing underneath the rainbow-colored Steelcase logo, but the color of the shirts that they were wearing didn’t match the color of the letters in the logo.  As an interior designer, I can’t help but notice things like this.  It’s in my blood!

An idea began to swirl around in my head and then I instantly realized, “I need to get everyone outside RIGHT NOW for a picture before it gets too dark!”

Because our Open House was Cinco de Mayo-themed, we all agreed to wear bright colored shirts.  It didn’t matter what color, it just had to be bright!  So now, with everyone outside, I could finally see whether or not my idea could come to fruition.  I thought, “We just might have enough of the right colored shirts to pull this off!”  Because the party was now going on outside, it was a struggle to keep everyone together and hold their attention.  So instead of trying to explain to them what I wanted to do, I just started grabbing people and moving them into position.  And by sheer luck, a classic photo opportunity was born!